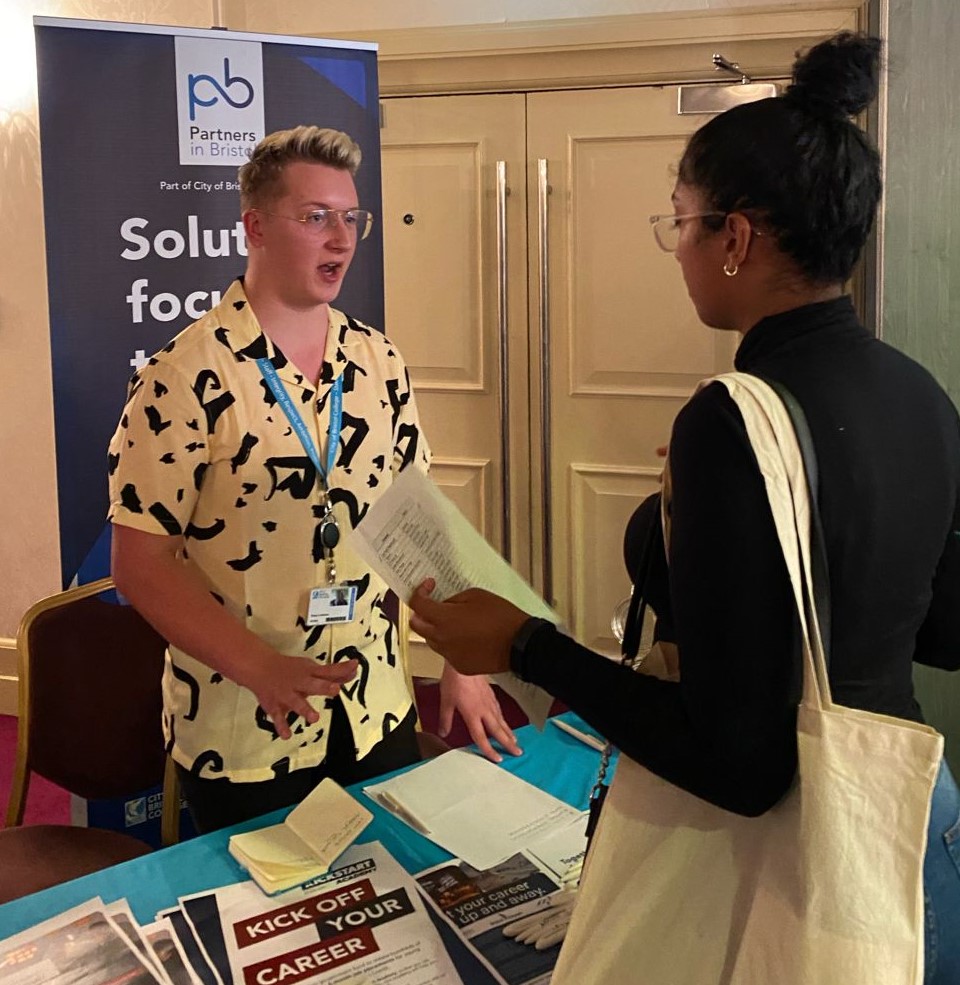 Please describe your situation before you took part in the Kickstart scheme (you can include work, home and any other relevant information)

Before I took part in the kickstart scheme I was unemployed and looking for work. In that time, during covid, there weren’t many jobs listed that I could apply for and for the ones that I did, I was either hearing nothing back or I was unsuccessful. I had a general idea of what I was looking for as I had just come out of a temporary job role which I enjoyed so I hoped to go into an administration/ student services/ office type role. As this was only a temporary job, I didn’t have the experience or skills to go into a full-time permanent role, which is why I was unsuccessful in the job interviews I was going to.

Did you take part in any pre-employability training? For example, the Kickstart Academy or support through One Front Door?

I attended one of the Kickstart Academies which was held by Partners in Bristol. While doing this course you learn how to write a CV, or improve on the one you have, how to write a cover letter and it will also help you improve on your interview skills. This course was useful to me as it helped me highlight, in my CV, the skills I have acquired and the experience I gained while doing the temporary job.

How did you find out about Kickstart?

First, I found out about Kickstart from the Job Centre, I signed up to do the Kickstart course, as advised, then I received information from my past colleague at City of Bristol College telling me that they will be running a Kickstart job role and they would like me to apply. After receiving this news, I had to finish the course to be able to get the qualification, then I was able to apply for the job role. After applying for the role, I received an interview and then finally, I was successful.

What do / did you enjoy about your Kickstart placement? (For example you could include things like – the tasks you do, the people you work with or the organisation you work for)

What I enjoyed about my position at the Kickstart placement was the people I worked with, they helped me a lot to gain the most experience and skills I was able to, and expand my knowledge and grow my confidence within the role of Student Services. I enjoyed what the role of Student Services entailed; including helping students with many different things, being able to communicate face to face and over the phone and the ability grow my confidence in freely writing emails to student and staff. But, as said before, the thing I most enjoyed was the atmosphere created by my fellow colleagues and to be happy to go to work and to enjoy working.

If you have finished the Kickstart placement, have you moved into other paid employment? Please give details.

I have recently moved forward from the Kickstart role and I am now an Administration Apprentice at Partners in Bristol. After working in the Kickstart role for 3 months, I believed I reached the maximum of my ability and it was time for me to grow further and move into a fulltime role where I would need to push myself. I have only recently joined PIB and am now wrapping up my first week, I am enjoying the role I have now as much as the last if not more because I am able to push myself and I’m putting my skills that I have gained to the test. I now work full time, 37 hours a week, and I am able to feel secure in the role I have. I also feel lucky to of gained a role at Partners in Bristol as they value growth and I feel that my skill set will widen every day that I work here, not just in administration, but in all aspects which I believe will help me put the best foot forward for the rest of my working career.

What has been the best thing about taking part in the Kickstart scheme?

I believe the best thing about taking part in the kickstart scheme is that it has helped me gain employment and prepared me for the role I was interested in by giving me experience and time to build up a skill set which will help you with the job role you are looking for.

What do you plan to do next?

I plan to stay at my apprentice position to gain my Business Administration Level 3 qualification. Once I have received that, I hope to stay at Partners in Bristol in a full-time position and in the future, I hope to advance from an administrator to what ever will be the next step in my career.

Do you have any advice for other people who are thinking of applying for a Kickstart role?

I believe people applying for a Kickstart role should have an open mind to all job roles that are going. I myself did not think I would enjoy admin and being sat at a desk on a computer, but I realised once I done it that it something which I enjoy. I also think that you should take everything you can from the role, like building up your skill set and to not just stick to one thing, you should try as many things as you can in a role to find out what suits you best and what you enjoy the most. I believe a kickstart role is in place to help you gain more experience and skills so you should try as hard as you can to do this and to show an interest in the role you are doing as you don’t know if it can lead to a permanent role and even if it doesn’t, you should come out of it having a better understanding of where to go next and it will help you put the best foot forward for the next step in your career.

After being unemployed for 6 months and not knowing where to go next, Kickstart helped me gain a role where I am happy to go into work every day.

I’m reaching out (as always) to connections in Bristol. I am looking to speak with anyone who would like to